Performances made only by robots: an experiment and a research line

Teatronika has produced a one hour show, presenting original pieces made on purpose for being performed by the robots. Robotic performances are in an experimental stage, thus the show mixes the robot performances and small interventions presenting thoughts and experiences around the themes of robotics, neuroscience, arts, and culture.

Teatronika presentations up to date 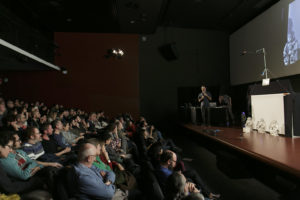 Pieces that were produced for the CCCB show in 2015

See below a recording with a single camera viewpoint done in the lab of “Agujero en la arena” by Hugo Álvarez:

Credits of the show 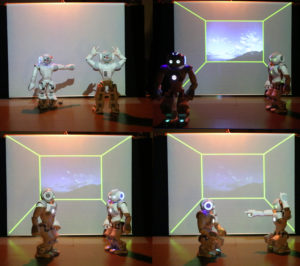 Documentation of the project is downloadable from this link.