The Teatronika project was born in 2015, promoted by Martí Sánchez-Fibla (researcher in Artificial Intelligence and Robotics of the Pompeu Fabra University) with the aim of making 5 NAO robots available to the general public imagination (which until then had only played soccer) to interpret theatrical scripts written by the participants of the Teatronika Contest. The first edition of the contest was closed in July 2015 with the reception of 112 scripts and had an interdisciplinary jury: Miquel Barceló, specialist in science fiction; Ramon López de Mántaras, director of the Institute of Artificial Intelligence of the CSIC among others (see link); which named 9 winners and 6 special mentions (see link).

In 2018 Teatronika became an association for scientific and cultural dissemination with Beatriz Liebe and Gerald Kogler, in order to bring the robots out of the lab and promote scientific with a broader set of actions.

Now Teatronika organizes the 2nd edition of the Contest and the call remains open until July 15, 2018.

Martí Sánchez-Fibla is a researcher in cognitive sciences, artificial intelligence and neurorobotics now collaborating with the Artificial Intelligence group of the University Pompeu Fabra (UPF), SPECS (Synthetic Perceptive, Emotive and Cognitive Systems) laboratory (now at IBEC) and the Complex System Lab. His interests in scientific outreach bring him to realize the project Teatronika, with the aim of experimenting with robots as the only actors of theatrical and performance art pieces.

Beatriz Liebe is theatre maker and cultural manager. Among other adventures, she has been director of Baró de Viver Community Centre, coordinator for different projects at Fundació Xarxa d’Espectacle Infantil i Juvenil de Catalunya (Butaka Jove, l’Escola Va de Bolo), and co director of Festival PIIGS_dramaturgy about crisis (Festival Grec, Nau Ivanow). Her theatre works only has two common factors: the curiosity to experiment and the joy of sharing rehearsals with colleagues and performances with the audience, whether at CCCB in Barcelona, in an AI congress in Chile or at Festival Off Avignon in France. At the moment she is the executive producer of L’Altre Festival (Barcelona) while she studies in London.

The 2nd edition of the Teatronika contest is now closed since 31 July 2018. Results will be made public in this link October 2018: thanks! 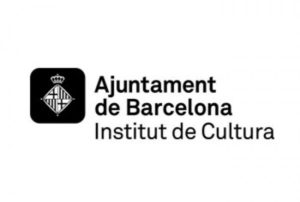